The super popular crowdfunding site Kickstarter has been the launching pad for so many products, from new films to musical albums, to publishing, video gaming, arts, innovative tech, awesome games etc. etc. Out of the different types of crowdfunding, this one is a rewards-based one. So if you were looking to make your own card game, just make sure you have a nice rewarding plan for your future backers and let Kickstarter raise the money for it.  And of course an amazingly good game.

Many of those that came to life on this crowdfunding website are some of the top 10 card games ever. Definitely selections you’d find at your favorite gaming convention and a perfect addition to your gaming night. Ladies and gentlemen (and Protoss, Zergs, Orcs, White Walkers, and whatnot) here are the most successful card games on Kickstarter. 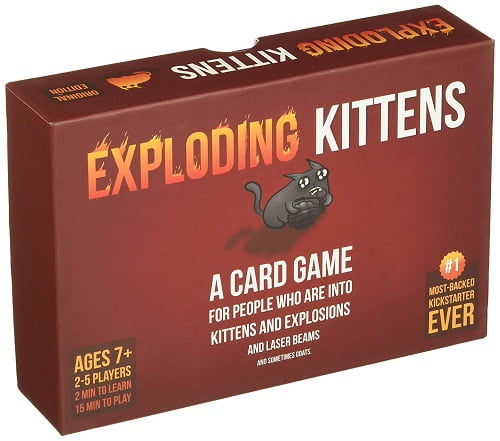 Exploding Kittens (most backed Kickstarter ever)

The most funded card game on Kickstarter. From the minds behind The Oatmeal, this strategy game blew their humble goal out of the water. You’ve probably heard of this one: kittens and laser-based Russian Roulette in a deck of cards plus some taco-cats, boob wizards and above all real meowing. So when one thinks about a success story of raising capital for their indie game, Exploding Kittens is a case-study. Having been over eight thousand percent funded, they are also a perfect example of keeping a firm hand on your stretch goals, keeping them attainable while still super fun and desirable.
Buy on Amazon: 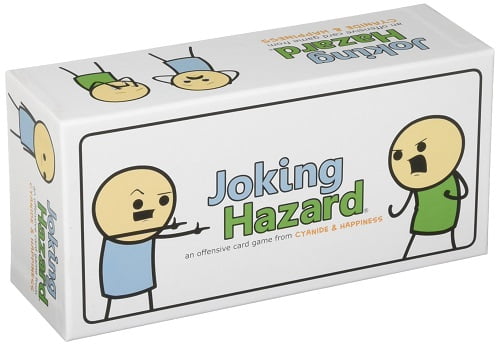 Likewise Cards Against Humanity, this card game plays up the irreverent humor that it’s creators Cyanide and Happiness are famous for. With hundreds of horrible (or horribly funny) comic panels, you complete a three-panel comic, the funnier being the one that wins points. Much like the above, it’s stretch goals were not addition products that would slow down production and delivery, such as shirts or anything like that, but instead just more cards in the base game. Amusingly, their achievements were not money based and they ended over three thousand percent of their goal. Instead, they made their levels based on activities their fans would do on social media. Featured on Wall Street Journal here.
Buy on Amazon: 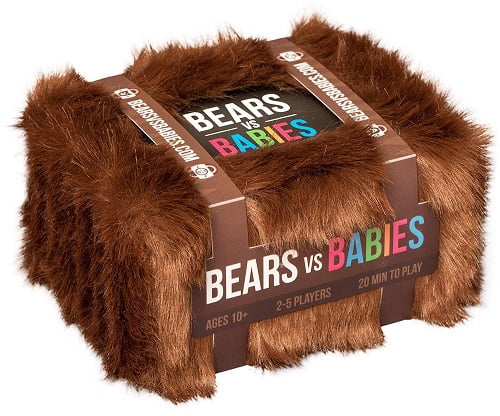 Made by most of the same folks behind the crowdfunding Kickstarter campaign of Exploding Kittens, Bears vs Babies involves you putting monsters together to fight an army of horrific babies. With that same art style and humor fans of their first game and The Oatmeal would love it. Following the lead of other top games, they used their massive fan base to have stretch goals met, rather than financial ones. Above all, they did it in a really interesting way, having some of their achievements be people sending them proof that they voted in local elections.
Buy on Amazon: 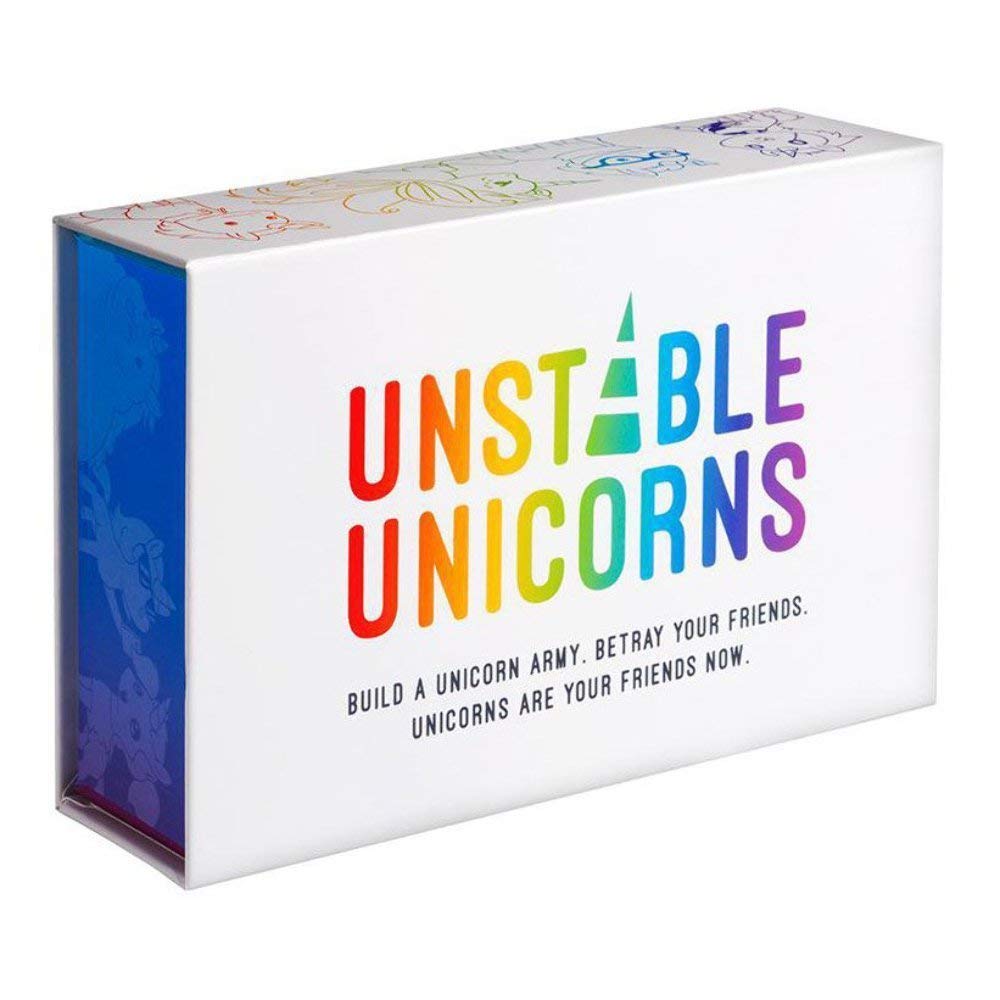 Another most creative project, one of the funniest card games, this one is about building up a stable of magical unicorns while preventing your friends from doing the same. This crowdfunding campaign had recently completely fulfillment and is also available at your local game shop. Unlike the previous games on this list, they had a more usual campaign, having both achievement and money based goals. Many of their tiers included not just base game additions but expansion packs, game accessories, and also apparel.
Buy on Amazon: 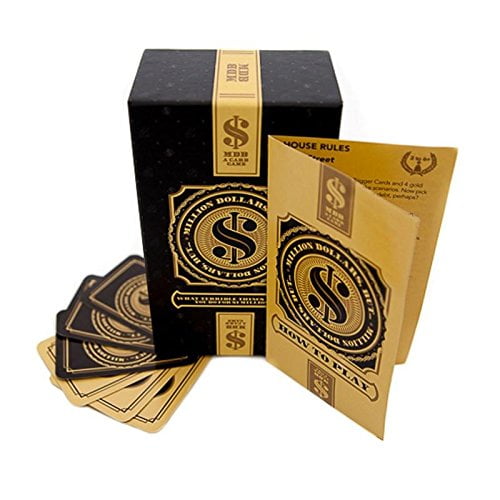 Million Dollars, But… The Game

Made by the people behind the popular YouTube channel and based on a series by the same name. A most noteworthy comedy card game involving judges deciding which situations they would not submit themselves to for a million dollars. In contrast with Cards Against Humanity or Apples to Apples style games, this one also involves players debating the results, convincing the judge which would be the actual worst situation. This global crowdfunding party game is almost unique in this space. Above all, it’s got probably the most incredibly appealing product design.
Buy on Amazon: 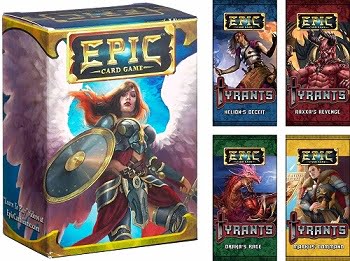 From the creators of Star Realms and Hall of Fame Magic: the Gathering players. This successfully funded high fantasy combat card game has all the fun of going to your local game store to draft a trading card game, without the high cost. Therefore this would be fun for players of trading card games and for those looking for a replayable card game. It is unlike others out there on the market.
Buy on Amazon: 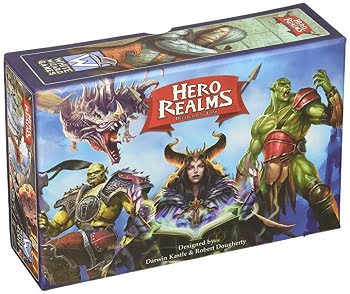 Another Kickstarter-born game made by the designers behind Star Realms, similar based, this fantasy-themed deck building game is highly versatile. It can be played as a group or one on one. And it comes with character and campaign expansion decks so that you can play as popular RPG classes or turn the game into a legacy style game where your choices matter.
Buy on Amazon: 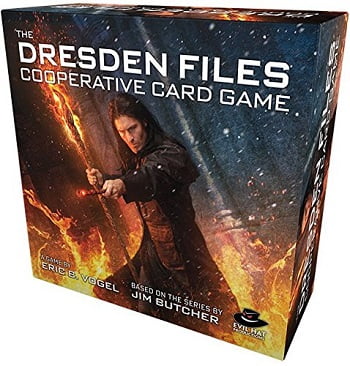 Based on the New York Times bestselling urban fantasy series by Jim Butcher. Also, using elements from Evil Hat Games’ FATE roleplaying game system. This cooperative board game allows fans of the series to play as characters from the books and play through scenarios from the first five books, or shorter ones from the short story collect set in the series as well. Fans of the series, as well as their other FATE offerings, would love it. Certainly, this beautiful art game is perfect for a group who is less concerned with winning at board games rather than enjoying the experience.
Buy on Amazon:

Followers of their massively popular webcomics would know the fun adventures of these anthropomorphized human organs. Similarly, in this Kickstarter card game, which is somewhat based in science, each player has a group of organs that you try to attack with various illnesses. Hence the goal is to destroy your opponents‘ organs before they do the same to you. Not their real ones, mind you!
Buy on Amazon:

Recent Posts
Recent Comments
Archives
Categories
Meta
We use cookies on our website to give you the most relevant experience by remembering your preferences and repeat visits. By clicking “Accept”, you consent to the use of ALL the cookies.
In case of sale of your personal information, you may opt out by using the link Do not sell my personal information.
Cookie settingsACCEPT
Privacy & Cookies Policy

Any cookies that may not be particularly necessary for the website to function and is used specifically to collect user personal data via analytics, ads, other embedded contents are termed as non-necessary cookies. It is mandatory to procure user consent prior to running these cookies on your website.

Undefined cookies are those that are being analyzed and have not been classified into a category as yet.

Advertisement cookies are used to provide visitors with relevant ads and marketing campaigns. These cookies track visitors across websites and collect information to provide customized ads.

Analytical cookies are used to understand how visitors interact with the website. These cookies help provide information on metrics the number of visitors, bounce rate, traffic source, etc.

Performance cookies are used to understand and analyze the key performance indexes of the website which helps in delivering a better user experience for the visitors.

Other uncategorized cookies are those that are being analyzed and have not been classified into a category as yet.